Warning: Use of undefined constant ‘display_errors’ - assumed '‘display_errors’' (this will throw an Error in a future version of PHP) in /home/customer/www/hppm.musph.ac.ug/public_html/wp-config.php on line 80

Warning: Use of undefined constant ’Off’ - assumed '’Off’' (this will throw an Error in a future version of PHP) in /home/customer/www/hppm.musph.ac.ug/public_html/wp-config.php on line 80

Warning: Use of undefined constant ‘error_reporting’ - assumed '‘error_reporting’' (this will throw an Error in a future version of PHP) in /home/customer/www/hppm.musph.ac.ug/public_html/wp-config.php on line 81

Warning: Use of undefined constant ‘WP_DEBUG’ - assumed '‘WP_DEBUG’' (this will throw an Error in a future version of PHP) in /home/customer/www/hppm.musph.ac.ug/public_html/wp-config.php on line 82 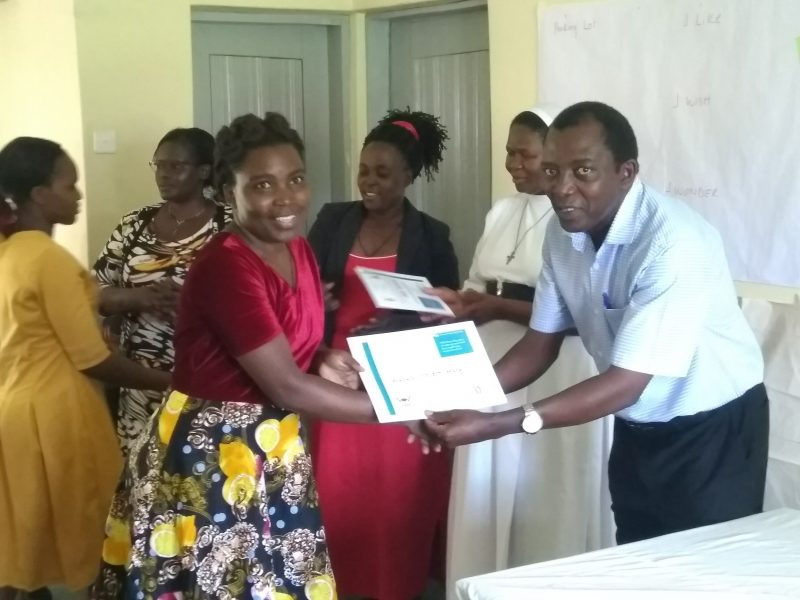 An expectant mother is ushered into the maternity ward. Noticeably, she is in pain. She is quickly reviewed by a midwife. Although her gestation is 37 weeks, she is told she is in the second stage of labour and should be delivering shortly. She is a preterm labour case and is being treated as an emergency.

Baby comes out in a few minutes, but the magical cry doesn’t happen, and it’s quickly transferred to the resuscitation table by the second midwife. The bulb sucker is nowhere to be found as the golden minute is missed. The delivering midwife leaves the mother, finds the sucker and takes over the resuscitation. A couple of minutes later baby cries to the relief of the team as the little one is started on requisite medication.

This and similar scenarios happen on many maternity wards across Uganda with some babies and mothers making it while others never make it. However, the above narrative is not real but a scene from a PRONTO simulation emergency obstetric training last Friday at Kamuli Mission Hospital. The training was one of two that capped many of the kind that the East Africa Preterm Birth Initiative (PTBi-EA) and with Makerere University have been providing to health workers over the last two years in six hospitals in Eastern Uganda. The training initially covered four hospitals including Jinja Regional Referral, Iganga General, Kamuli General and St Francis Buluba, with Kamuli Mission and Bugiri hospitals capping this capacity building initiative as part of the PTBi-EA study which has also done data strengthening and quality improvement cycles.

The PRONTOs approach to delivering simulation and team training for obstetric and neonatal emergency response in resource-limited settings is aimed at ensuring optimal and timely care for mothers and infants during life-threatening emergencies.

The post simulation reviews have been invaluable to the over 200 trainees across the six hospitals providing critical learning points that medics face when adrenaline takes over. This writer witnessed this as the above narrative unfolded in real time. In the post simulation critique, it emerged that the cast didn’t pay attention to some of the critical things vital for the health of mother and baby.

HPPM is not responsible for the quality of Google Translate. We know it does not translate our terminology well in some languages and we will engage with Google to improve this in future.